The recent development in the abuse of Facebook’s user data from Cambridge Analytica and others are increasingly concerning – for everyone! Whether leakage or manipulation of data has led to US and Brexit’s election results or FIFA World Cup committees we are watching the debate with critical concern as this is obviously facing much bigger issues than any advertising campaign can influence.

We are embracing the new cookie-policy, as it will hopefully set its footprint much deeper than only adding a pile of admin tasks on our desks, but please also bear in mind that we as a consumer have a responsibility ourselves. Are you one of those that scroll fast through terms and conditions and tag the box without blinking with an eye? Well, maybe its time we start paying more attention to what we actually agree to online. When Facebook first came out the privacy settings were limited or close to none. Today we almost need a handbook in order to figure out exactly how much and most importantly which information they share with others unless we have specifically told them not to. Take a few minutes and look at the video tutorial further down in this blog post, together with some other interesting reads on the topic.

Prettysocial media are following the data news and ensuring to stay up-to-date and integrating first hand to our products and offerings so that you can be safe with us! Also, have you thought about YOUR cookie liability and obligations, yet? Give us a ring if you are concerned about how your Social Media activities or influencer programs are affecting your risk of liability.

Here are some intersting reads - enjoy!

Go all the way on the privacy train ride

Here is a short video that will guide you through all the hidden Facebook settings that determines how you are labeled to advertisers and what you see in your news feed. Check it out and take action! 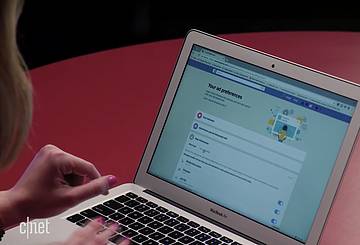 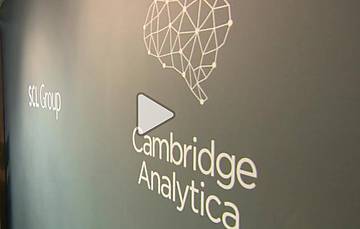 The big debate in this scandal is the lack of government regulations. This article gives a good overview of the power data tech companies have and why it is important for our future, that government lawmakers step up their game. Read more

You are talking about something and all of the sudden corresponding ads are appearing on your smartphone. Are we talking about an invasion of our privacy from Facebook? Facebook denies it. But according to an experiment conducted by Axel Springer in Germany there are clues indicating otherwise. Read more

As a response to that debate the Danish Newspaper Politiken talked to Dr. Cynthia Wang, professor and researcher in mobile communications from University of Los Angeles, about the topic. According to Wang Facebook does not need to listen in to our conversations as they are able to get the information elsewhere.

With our likes and comments, we are feeding Facebook’s intelligence software with information it uses to analyze our behavior.

Facebook might not record our conversations, but even if they were, Wang claims it would be very hard to prove, as it would require extensive research and not just anecdotes.

The article sums up saying that Facebook might not record our conversations non-stop right now, but they most likely will in the future. We are, however, able to control it by enabling Facebook from using your microphone.

So be a “SMART" phone user and control your privacy settings.